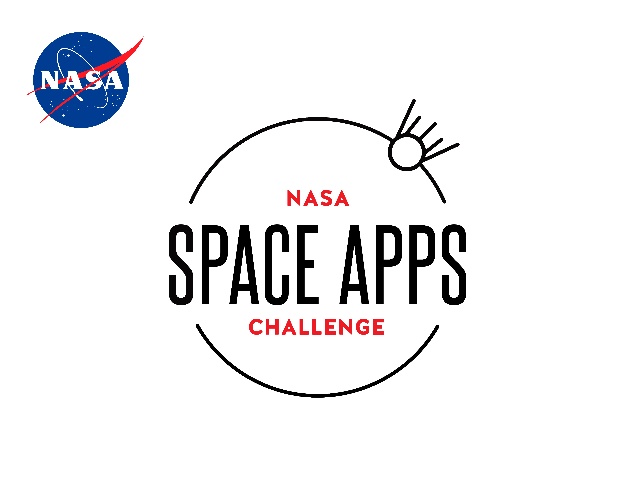 Placing Top 5 at the NASA Space Apps Competition at Waterloo

A Team of 13/14 year old students against University Students? This was us at the NASA Space Apps Competition, hosted by SkyWatch, in Waterloo. This was my very first hackathon and it was an amazing experience that I shared with my teammates from SV Robotics Academy. I am only 13 years old and when we arrived at the hackathon, there were people much older than my team and I. We had to solve a NASA sponsored challenge happening on earth or in space.

Our team decided to be out of this world and take on the CSA challenge to build a satellite. The first night we all did research on satellites, how they work and their design. Then we came together and decided to make a CubeSat (Imagine a tiny little satellite with lots of capabilities) which puts a tracker on space debris so they can get removed from our atmosphere area. This was an important issue as the space debris is making a prison around our planet (Really, its you adults). This could stop future space missions so this solution hopefully helps the CSA.

How we got there.

For our satellite, we used materials from our SV Robotics kits such as Arduino, wires, sensors, LEDs and servo motors. I learned about different types of satellites and how to make them throughout the day by speaking to the amazing mentors at the NASA Space Apps Competition. I also learned more about the magnitude of the problem we were trying to solve.

During the first round of judging, our team did very well. The judges thought it was funny when we said they were making a prison for us with space junk, even though we weren’t kidding. Anyways, we successfully passed the first round.

The second round was when we would pitch our idea to the judges in front of a crowd of 100-200 people (mostly university students and engineers). The judges asked a bunch of questions that poked holes through our ideas but also helped us realize how we could improve our design. Unfortunately we didn’t win but we got interviewed by a local journalist which was very cool. Also, the CSA gave us a chance to videotape our pitch once more and send it to them (Check it out below).

"You adults are making a prison for us kids with your space debris!" - Sathya, 12

We loved meeting and speaking to all of the other hackers at the event.I thought it was awesome that we got to pitch our idea in front of CSA employees and CEO’s of industrial space companies.It was amazing to be interviewed by people regarding our satellite and its design. Although the weekend was very tiring(36 continuous hours), it was still a fun and great experience. I was proud of our team’s idea, and the prototype that my friends and I worked on. I also loved the t-shirt and the FREE swag we got from SkyWatch.

The long car rides to Waterloo made our team bond more and helped make new friendships. I was nervous because I thought I wouldn’t be able to do anything for the satellite and I was also nervous because there were people in university over there. But with the support of my team, I was able to help design, code and present our project. We also advanced further than the older kids! This was an amazing experience and I am looking forward to winning my next hackathon.